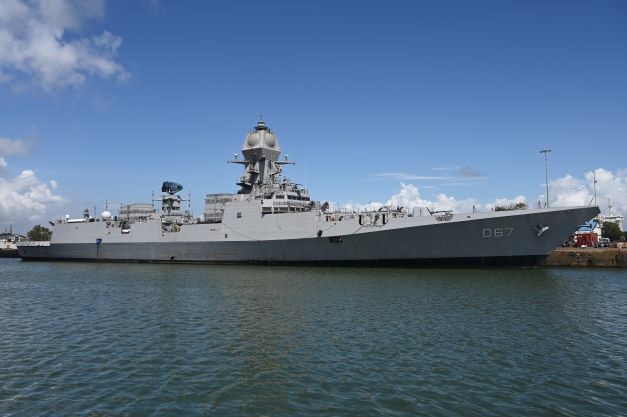 Y 12705 (Mormugao), the second ship of the Mission 15B stealth guided missile destroyer being constructed at Mazagon Dock Shipbuilders Restricted (MDL), was handed over to the Indian Navy on Thursday.

The contract for the 4 ships of Mission 15B was signed on 28 January 2011. The mission is a follow-up to the Kolkata class (Mission 15A) destroyers commissioned within the final decade and the lead ship of the mission – INS Visakhapatnam has already been commissioned. into the Indian Navy on 21 Nov 21.

Designed by the Warship Design Bureau, an in-house group of the Indian Navy; and constructed by M/s Mazagon Dock Shipbuilders Ltd., Mumbai; The 4 ships of the mission are named after main cities within the 4 corners of the nation, viz. Visakhapatnam, Mormugao, Imphal and Surat.

The keel of Mormugao was laid in June 2015 and the ship was launched on 17 September 2016. The design largely retained the hull type, propulsion equipment, many platform gear and main weapons and sensors because the Kolkata class as a way to profit from collection manufacturing.

The ship is 163 meters lengthy and 17 meters large, displaces 7400 tonnes when absolutely loaded and has a most velocity of 30 knots. Aside from a myriad of indigenous gear within the ‘Float’ and ‘Transfer’ classes, the destroyer can also be fitted with main indigenous weapons. The general indigenous content material of the mission is approx. 75 %.

The ship left for her maiden voyage on 19 Dec 21 to commemorate the Goa Liberation Day and the ship has now been delivered. The supply of Mormugao is a affirmation of the encouragement being given by the Authorities of India and the Indian Navy in direction of ‘Atmanirbhar Bharat’ as a part of the celebration of ‘Amrit Mahotsav of Independence’.

The early induction of the destroyers, about 03 months earlier than the date of contract, regardless of the COVID challenges, is a tribute to the collaborative efforts of numerous stakeholders and can improve the nation’s maritime energy within the Indian Ocean area.